Just coming over the mountain back from the vets, lyn and I spot a small red smooth dog on the road .I pulled over and we saw 5 dogs in the bushes most definitely abandoned 3small ones 2 bigger ones all same red colour could not get a picture but tried to see them they ran of into the woods !!!! This place is so full of Caterpillar nests you would not believe!!! Whoever put these dogs there have signed there death sentence. There are no houses here for miles they would not get here on there own steam they are on the Alberta side of the mountain please tell people to watch out for them omg omg .!!!! Small dogs looks like mother father and 3 pups !!!

Doing their best to tempt you all, we’ve got the sweetest bunch of little puppies all looking for a home. (Except little Flic who’s off to Scotland). For further information, contact me. Mary-Ann Dunning

The first of a few day’s work has already started on the clear up. Aupa Delphin (Pascale) and her son Kenny have been marvellous throughout. Along with Colleen and Peter, they’ve made great inroads in the cleanup. Peter’s having a quick break with Smokey (the bandit). The washing machine will be in overdrive and hopefully it will soon be business as usual. Soon the Galgos will be back in their pens and we’ll have everything crossed for NO MORE RAIN 🙏
Thank you all for your concern, it’s such a comfort knowing you’re all there. My big request today is that we’re desperate for BLANKETS AND NEWSPAPER. Siesta at La Zenia, Oasis Benijófar and Welcome Inn Rojales are collection points or contact me. Thanks everyone.

The Galgos, whose pens are at the low end of the kennels have been marched up to the indoor “garage” pens. They’ll be safe and cosy there. They stood knee deep in water during the September floods 😢

The thunder boomed throughout the night and the rain has lashed down non stop. I’ve heard from Colleen and the dogs runs are filling up. Unfortunately it’s still too torrential for them to get out there to pump it out. Here we go again. This is such a worry, not just for us but for all the other rescues in the area. We’ll keep you updated but it looks like there’s at least another day of it ⛈

The rain is so bad that the schools didn’t even open today. Storm Gloria is set to batter us for another couple of days and it’s worrying. The surrounding orange groves are a quagmire. Keep your fingers crossed for us and please remember we still need bedding and papers so please keep collecting x

In the midst of the strong winds and the rain lashing down, the gate bell rang. Perched precariously on the back of an open trailer was this terrified little female Galgo. Two weeks on the trot, the hunter has called. The hunting season has yet to finish and these precious souls are being offloaded already. Little “Storm” is now safe and dry in Colleen’s house and once she’s settles and Colleen’s happy with her, she’ll be available for adoption, along with the many, many other Galgos, here at Paradise.

(If you have your sound on when you watch the video that follows the photos, it’s upsetting.)
Our wonderful “Tripod” Snowy has had such a traumatic week. Snowy, you may remember was brought to the gate in a box by the hunter. Her fourth leg was hanging off. It was inevitable that amputation was the only option and this traumatised little girl underwent the operation. It took a good while to gain her confidence and before long she was rushing round the garden on her three legs. Unfortunately she became a bit too confident and jumped on a table, trapped a front leg in between the slats and fractured it. Almost back to square one, the leg was pinned and plated and once again we had to get her up and running. It was touch and go as she was her own worst enemy, thrashing around, re-injuring herself but eventually she calmed down and healed……until this week.
Once again that same leg was injured, exactly where the plate was. We whipped her through to our Vets which is a scarey experience for Snowy as we’re sure her memories of her arrival at the kennels are still fresh in her memory. She hates being in a van. 😢 She broke out of the crate on Tuesday and tried to climb in the cab with Colleen so it’s a worry whenever she has to travel. Today was another such day. The Vet phoned to say that the Specialist had phoned to say that the plate had to be removed, so today’s trip back to the vets saw her chew through two leads and her harness, but, the good news is that the plate had been removed….it had become infected.
So Snowy lives to fight another day, thank heavens, as we love her so much, but of course, it all comes at a price and sadly, as ever our outgoings are more than our income. If there’s any chance you could spare a little donation, not only to help our girl, but also all our other dogs including the six newcomers that we couldn’t refuse.
Our PayPal is : paradisekennels@live.com
Or contact me for alternative payment methods. Thank you x

Thanks to everyone that’s been giving us newspapers towels and bedding. We still need all of this so please bare us in mind. I’ve a tiny space left if anyone can get things to me before Tuesday. Thank you xx

Photo of the day 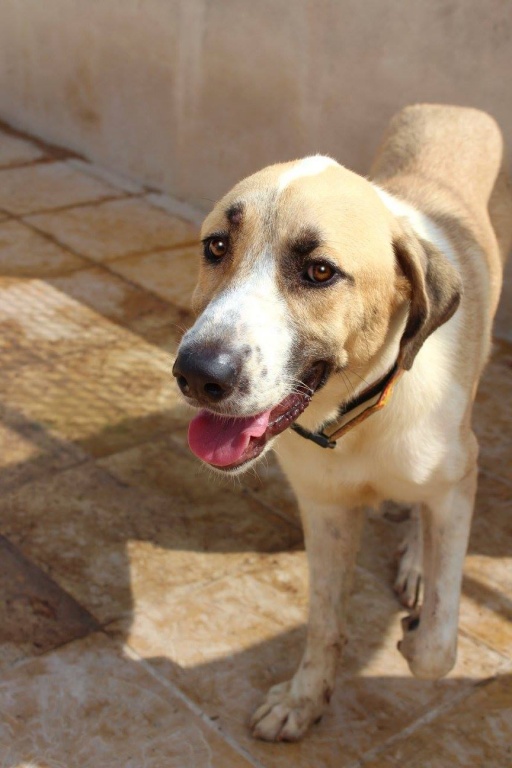